You are here: Home / ABOUT US / FRANCIS CARRUTHERS 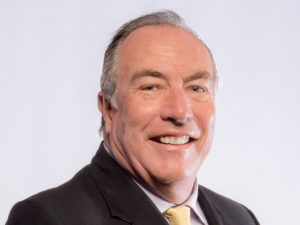 Career Summary:
Francis immigrated to South Africa in 1977 and worked for three years as a Shift Engineer/Manager for Eskom at Kriel and Matla Power Stations. He then relocated to Cape Town in 1980 and spent four years working with Framatome (now AREVA) at Koeberg  Power Station as a Start Up and Commissioning Engineer. On successful completion he transferred back to Eskom, at Koeberg, where he managed the first three refueling outages.

In 1988, he left Eskom and took up the position of Managing Director and major shareholder in Intens, a service engineering company which he grew into a successful engineering and project management organization. Following this, Francis teamed up with Eric McDonald in 2000 to establish Lesedi Engineering.

Francis is now the CEO of Lesedi Nuclear Services where he plays a pivotal role in power generation. He has a passion for the nuclear industry, localisation and empowerment.

Interests:
Francis is an avid fan of and participant in motor racing. He also loves golf and horse racing.